When and where Marcus Rashford was born?

Marcus Rashford (born 31 October 1997) is an English professional footballer who plays as a forward for Premier League club Manchester United and the England national team.

A Manchester United player from the age of seven, he scored two goals on both his first-team debut against Midtjylland in the UEFA Europa League in February 2016 and his Premier League debut against Arsenal three days later. He also scored in his first Manchester derby match, his first EFL Cup match and his first UEFA Champions League match. With United, Rashford has so far won the FA Cup, EFL Cup, FA Community Shield and UEFA Europa League.

Rashford scored on his England debut in May 2016, becoming the youngest English player to score in his first senior international match. He played at the UEFA Euro 2016 as the tournament's youngest player, and at the 2018 FIFA World Cup.

Rashford was born in Wythenshawe, Manchester, and is of Kittitian descent. Rashford began playing football for Fletcher Moss Rangers at the age of five and joined the academy system at Manchester United at the age of seven.

How tall and how much weigh Marcus Rashford? 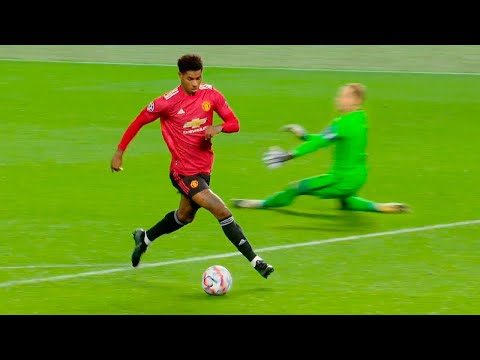