When and where Travis Fimmel was born?

Travis Fimmel (born 15 July 1979) is an Australian actor and former model best known for his role as Ragnar Lothbrok in the History Channel television series Vikings.

Fimmel was born near Echuca, Victoria, Australia. He was raised on a 5,500-acre dairy farm in Lockington. The youngest of three brothers, he is the son of Jennie, a recreation officer for the disabled, and Chris, a cattle farmer. Aspiring to be a professional Australian rules footballer, Fimmel moved to Melbourne in his late teens to play for the St Kilda Football Club in the AFL, but a broken leg sidelined him before the season began. He was accepted into RMIT to study commercial architecture and engineering but later deferred to travel abroad.

Fimmel's modeling career first began when he was spotted working out at a gym in the Melbourne suburb of Hawthorn by the flatmate of Matthew Anderson, a talent scout for the Chadwick Models agency.

How tall and how much weigh Travis Fimmel? 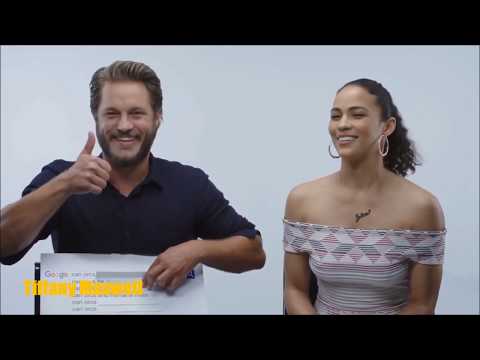