When and where Karen Gillan was born?

Karen Sheila Gillan (born 28 November 1987) is a Scottish actress and former model. She is known for the role of Amelia Pond, companion to the Eleventh Doctor, in the BBC science fiction series Doctor Who (2010–13). In film, she has starred as Jane Lockhart in Not Another Happy Ending (2013), Kaylie Russell in the horror film Oculus (2013), and Nebula in the Marvel film Guardians of the Galaxy (2014) and its sequel Guardians of the Galaxy Vol. 2 (2017). She is co-starring in the upcoming Jumanji film, with Dwayne Johnson, Kevin Hart, and Jack Black. Gillan was also cast in one of the lead roles in The Circle the 2017 movie with Emma Watson and Tom Hanks. Also in 2017, Gillan is directing her first feature-length film, Tupperware Party, an art house film she wrote and is starring in, which is set in her home city of Inverness in the Scottish Highlands.

How tall and how much weigh Karen Gillan? 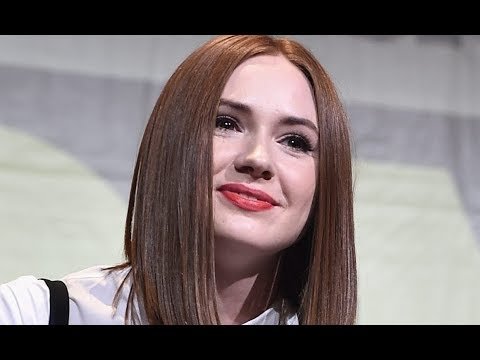