When and where Ana de Armas was born?

De Armas was born (Santa Cruz del Norte) and raised in Havana, Cuba. Her grandfather was from Spain. She decided at age 12 to become an actress, and attended the National Theater School of Cuba.

Her first film was Una rosa de Francia, starring with Alex Gonzalez, at the age of 16. At the age of 18, she moved to Spain. Her first major television success there was the Spanish TV series El Internado, in which she starred as Carolina Leal, airing on Antena 3 in 2007. She later continued her career in the film Mentiras y gordas (2009), the TV series Hispania, la leyenda (2010–2012), and Blind Alley (2011).

How tall and how much weigh Ana de Armas? 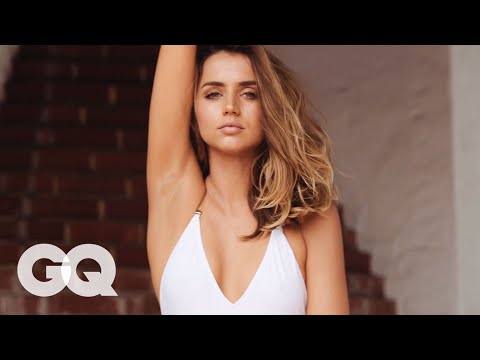