When and where Ursula Corbero was born?

Úrsula Corberó (Barcelona, 11 August 1989) is a Spanish actress, best known for her role of Ruth in the Antena 3 series Física o Química.

Úrsula Corberó Delgado was born in Barcelona, Catalonia. She has one sister. By age 5, she already knew she wanted to be an actress and she first started acting in commercials. After her studies, she moved to Madrid to shoot the TV series Física o Química.

Corberó debuted as Maria in television series Mirall Trencat in 2002. She appeared as Sara in Ventdelplà in 2005–06, and in series Cuenta átras in 2007. In 2008, she portrayed Manuela Portillo in series El Internado and began working on the Antena 3 television series Física o Química. Her character, Ruth Gomez, suffered from bulimia. The series attracted a lot of controversy but Corberó has been critically acclaimed for her outstanding performance.

Úrsula Corberó appeared in several movies such as horror film XP3D, comedy Quien Mato a Bambi? and Perdiendo el Norte alongside the actors Blanca Suarez and Yon Gonzalez. Como Sobrevivir a Una Despedida is her first main role in a movie and confirmed she's one of the best comical actresses of Spain.

How tall and how much weigh Ursula Corbero? 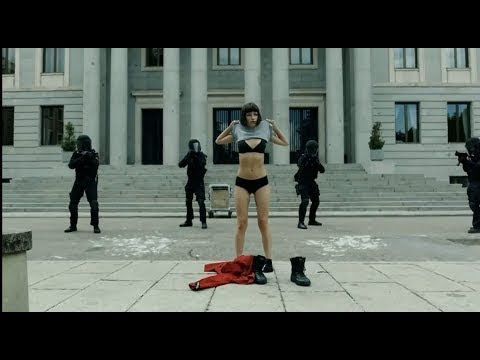