When and where Stana Katic was born?

Stana Katic (/ˈstɑːnə ˈkætᵻk/; born 26 April 1978) is a Canadian-American film and television actress. She is best known for her portrayal of Kate Beckett on the ABC series, Castle.

Katic was born in Hamilton, Ontario, Canada. In describing her ethnicity, she has stated "My parents are Serbs from Croatia. I call us Dalmatian because that's the part of the planet that we are originally from. I have Serb, Croat and even a handful of Montenegrin family members." Her father is from Vrlika, Croatia, and her mother is from the surrounding area of Sinj, Croatia. Katic later moved with her family to Aurora, Illinois. She spent the following years moving back and forth between Canada and the United States. After graduating from West Aurora High School in 1996, Katic studied at the University of Toronto and then at the DePaul University Goodman School of Drama, where she studied acting from 2000 to 2002. Katic also studied acting at the Beverly Hills Playhouse acting school. She has four brothers and one sister.

How tall and how much weigh Stana Katic? 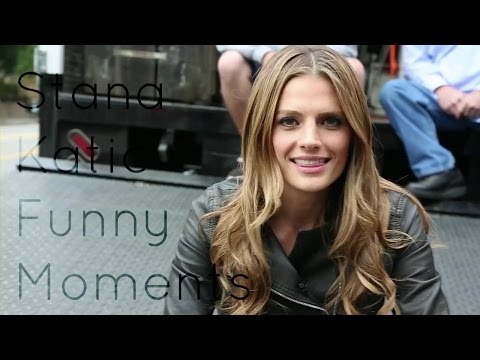