When and where Jorja Smith was born?

Jorja Alice Smith (born 11 June 1997) is an English singer from Walsall, West Midlands. She has independently released numerous singles and one extended play, Project 11 (2016). She has collaborated with other artists, most notably with Drake, Stormzy, and Kali Uchis, as well as producer Preditah. In 2018, Smith won the Brit Critics' Choice Award and released her debut studio album Lost & Found in June.

Smith was brought up on a blend of Trojan Records boxsets, Curtis Mayfield and Damian Marley. She was classically trained as a vocalist during secondary school. Smith was part of a music collective, OGHORSE, and began releasing music online. Her father was born in Gloucester, UK and was part of a neo-soul group called 2nd Naicha. Smith is also the cousin of Leeds United footballer Kemar Roofe.

Smith's first release, "Blue Lights", was uploaded to SoundCloud in January 2016 when she was eighteen years old, followed up by "A Prince" and "Where Did I Go?", which artist/rapper Drake chose as his favourite track of the moment in an article which featured in Entertainment Weekly. To close out 2016, she released her first body of work, Project 11 (2016), a 4-track EP covering a variety of matters and musical styles. "Blue Lights" was nominated in the Best Song category at the 2016 MOBO Awards. Smith supported Canadian rapper Drake on his UK tour at a show in Birmingham and London.

How tall and how much weigh Jorja Smith? 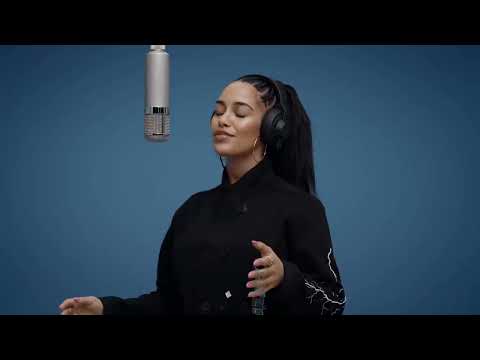