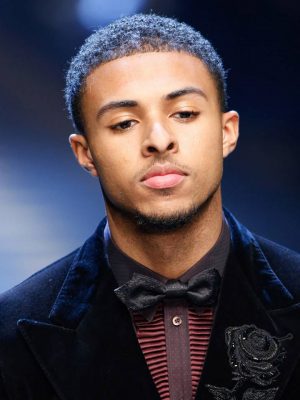 When and where Diggy Simmons was born?

Daniel Dwayne Simmons III (born March 21, 1995), better known by his stage name Diggy Simmons or commonly just Diggy, is an American rapper, singer, model, and actor and the fourth child of Joseph «Rev. Run» Simmons of Run DMC. He along with his parents and five siblings, were the primary subjects of the MTV reality television show Run’s House. Diggy was also the youngest member of the hip-hop collective All City Chess Club. He also starred in hit tv show grownish.

Diggy Simmons released his debut mixtape, The First Flight , in 2009, More than 100,000 people downloaded the album from Simmons’ blog. Following the mixtapes’s release, according to Simmons, five record labels showed interest in signing him; he chose Atlantic Records.

Early in 2010, Simmons uploaded a video of himself freestyling over the Nas song, «Made You Look». The video became a viral hit and garnered praise from Kanye West, who responded on Twitter: «I knew this kid was to be fresh. I knew it!»

How tall and how much weigh Diggy Simmons?