When and where Cameron Boyce was born?

Cameron Mica Boyce (May 28, 1999 – July 6, 2019) was an American actor. After making his first acting appearance in a Panic! at the Disco music video, he made his film debut in Mirrors in 2008. Boyce then went on to star as Luke Ross in Disney Channel's comedy series Jessie from 2011 to 2015. He also starred in feature films Eagle Eye, Grown Ups, and Grown Ups 2. He was also known for his role as Carlos in the three Descendants television films and for his lead role as Conor in Disney XD's comedy series Gamer's Guide to Pretty Much Everything. Boyce also did voice acting for various works, such as Jake in Jake and the Never Land Pirates and Herman Schultz in Spider-Man. On July 6, 2019, Boyce died at the age of 20 due to complications of epilepsy.

Boyce was born in Los Angeles, California, on May 28, 1999. His father is of Afro-Caribbean and African-American descent. His mother is Jewish. His paternal grandmother, Jo Ann (Allen) Boyce, was one of the Clinton Twelve, the first African-Americans to attend an integrated high school in the Southern United States, in 1956, as ordered by Brown v. Board of Education.

How tall and how much weigh Cameron Boyce? 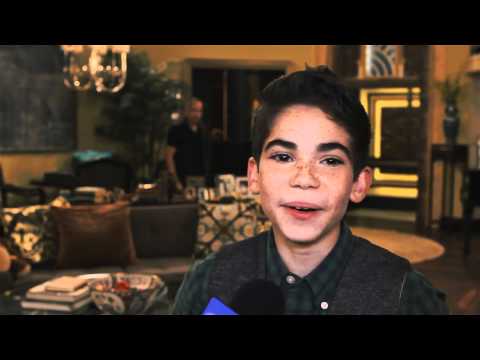