When and where Barbie Ferreira was born?

Barbara Ferreira (born December 14, 1996) is a Brazilian-American plus-size model and actress best known for her role as Kat Hernandez in the HBO series Euphoria.

Ferreira was born in the New York City borough of Queens, and later moved to Maywood, New Jersey. She attended Hackensack High School. She is of Brazilian heritage and was raised by her mother, aunt and grandmother. Her mother works as a chef.

Ferreira began her career as a teenager by sending modeling photos to an American Apparel open casting call. She has since modeled for brands including Aerie, Adidas, Asos, Forever 21, H&M, Missguided, and Target. Unretouched photos and a video interview from Ferriera's Aerie campaign went viral in 2016. Later that year, Time named her among its 2016 "30 Most Influential Teens".

Ferreira directed the music video for "So Cool" by Dounia.

Ferreira starred in the 10-episode Vice series How to Behave, about etiquette. For this she won a Webby Award for Best Web Personality/Host. She also starred in the Teen Vogue web series Body Party, about body positivity.

How tall and how much weigh Barbie Ferreira? 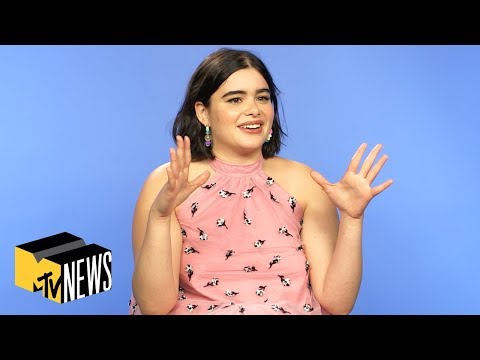