When and where Alexandra Daddario was born?

Alexandra Anna Daddario (born March 16, 1986) is an American actress. She is known for playing Annabeth Claragh Chase in the Percy Jackson film series, Blake Gaines in San Andreas (2015), Summer Quinn in Baywatch (2017), Emma Corrigan in Can You Keep a Secret? and Alexis Butler in We Summon the Darkness (both 2019). She has also starred in the films Texas Chainsaw 3D and Hall Pass and has guest starred in television series such as White Collar, It's Always Sunny in Philadelphia, True Detective, New Girl, and American Horror Story: Hotel.

Alexandra Anna Daddario was born in New York City on March 16, 1986, the eldest child of Christina, a lawyer and Richard Daddario, a prosecutor and former head of the New York City Police Department counter-terrorism unit under Mayor Michael Bloomberg. She is of Italian, Irish, English and Slovak/Hungarian descent. Her brother, Matthew Daddario, is also an actor, and she has a sister named Catharine. Her paternal grandfather was Emilio Q. Daddario, a Democratic member of the U.S. House of Representatives for Connecticut from 1959 to 1971.

How tall and how much weigh Alexandra Daddario? 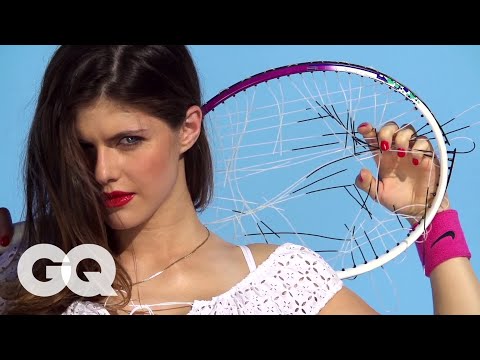